exploration via nmap and nessus

The objective of this lab is to create a report of potential vulnerabilities for a virtual machine. The VM is a Ubuntu-based Linux distribution called MetaSploitable2, which is specifically designed to teach penetration testing skills such as vulnerability scanning.

During the lab, you may envision yourself as a defender, checking an organizational assets for vulnerabilities visible from an external perspective with the ultimate intention of patching them. Alternatively, you may envision yourself as an attacker, checking a target victim asset for vulnerabilities, with the ultimate intention of exploiting them. Both defenders and attackers may perform the same steps of vulnerability scanning.

Metasploitable2 is an ancient operating system. It is prone to crashing and otherwise behaving unexpectedly suddenly. If Metasploitable stops responding during the lab, then try force-off’ing it and starting it up again: 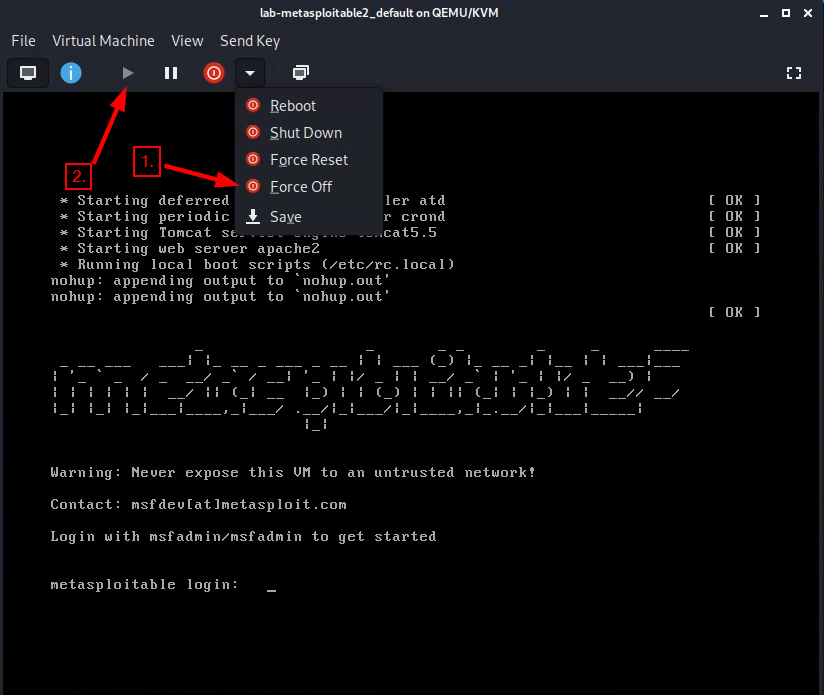 NMAP is the de facto standard of host discovery and port scanning and has a host of features that make the tool very robust. In this section of the lab, you’ll try a few of NMAP’s features.

Throughout the lab, you should replace <IP.addr.of.metasploitable2> with the actual IPv4 address of Metasploitable.

In this part of the lab, you will use Nessus, a product by Tenable, to replicate what you did with nmap using a tool used in industry. According to Tenable:

Nessus is trusted by more than 30,000 organizations worldwide as one of the most widely deployed security technologies on the planet - and the gold standard for vulnerability assessment.

Start and register the Nessus Scanner

Nessus should already be installed on your Kali-on-GCP instance. It should also already be running.

Reflect: Do you think it would be difficult to compromise this system?
Question : Which vulnerabilities are critical? Of these, which appear to be most serious? Double-click a vulnerability in the report and read the description.
Consider: What would be the first thing you would do to secure this system?