Virtual Machines for the Security Labs

This page documents virtual machines that I have prepared for students in my class to use to complete the labs.

Setting up your virtual lab

I have created a Kali virtual machine image on Google Cloud Platform which is using nested virtualization to host within it several virtual machines: a Windows instance, a Metasploitable2 instance, and a security onion instance. They are hosted using kvm and libvirt and accessed using virt-manager.

Read these instructions to get oriented to and set up on Google Cloud Platform, and to get access to the Kali virtual machine. Anyone should be able to see and use the custom class kali image if they join this Google Group (public access):

The network map is as follows:

Using the virtual machines within Kali

To update Metasploitable2, run the following:

Virtual machines in virt-manager can be “snapshotted”, which lets you restore the virtual machine to a previous state if you mess it up by doing something such as deploying malware to it. 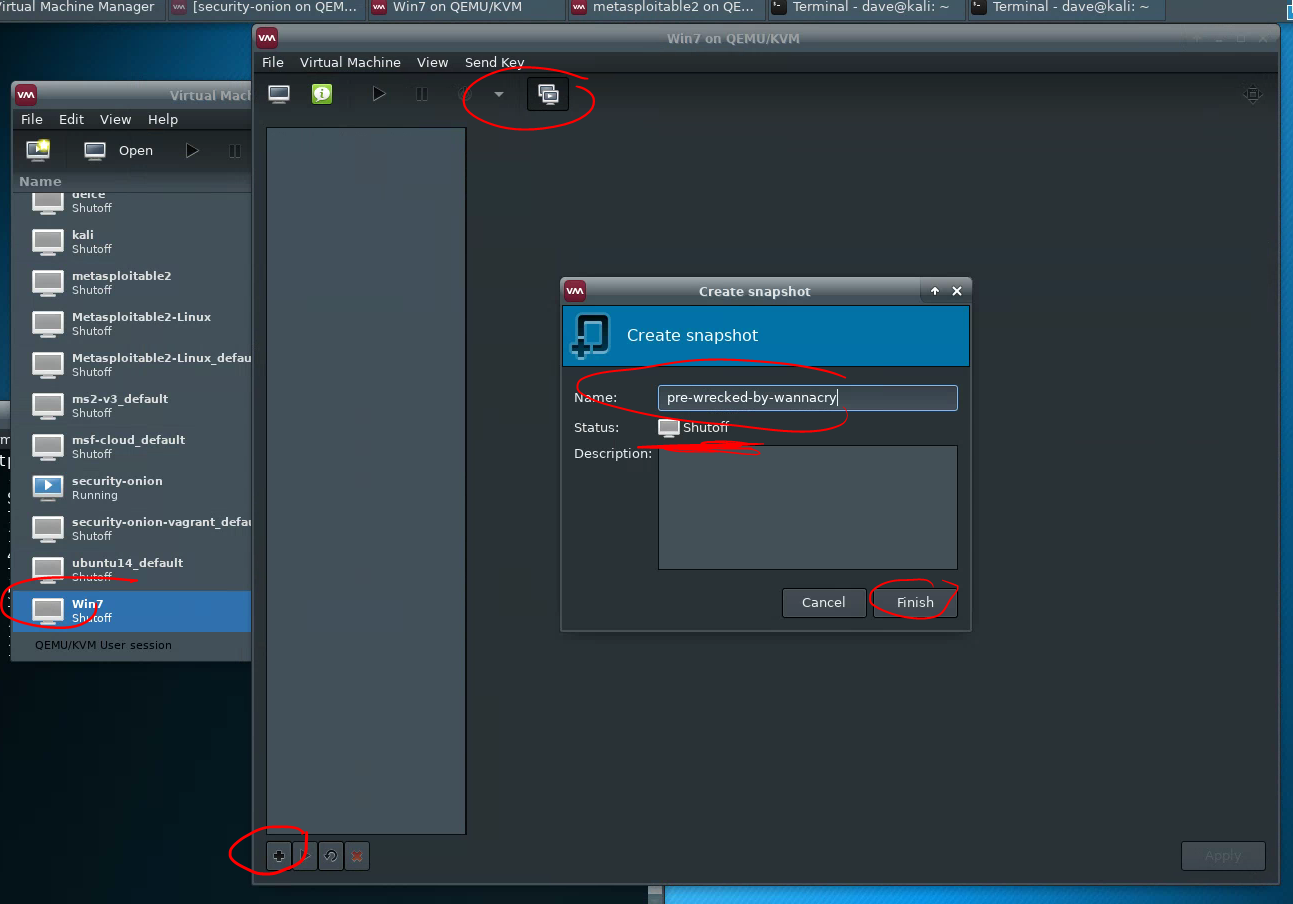 To restore to a snapshot, select your snapshot, and then “play” it. You do not need to shut down the virtual machine before restoring a snapshot. 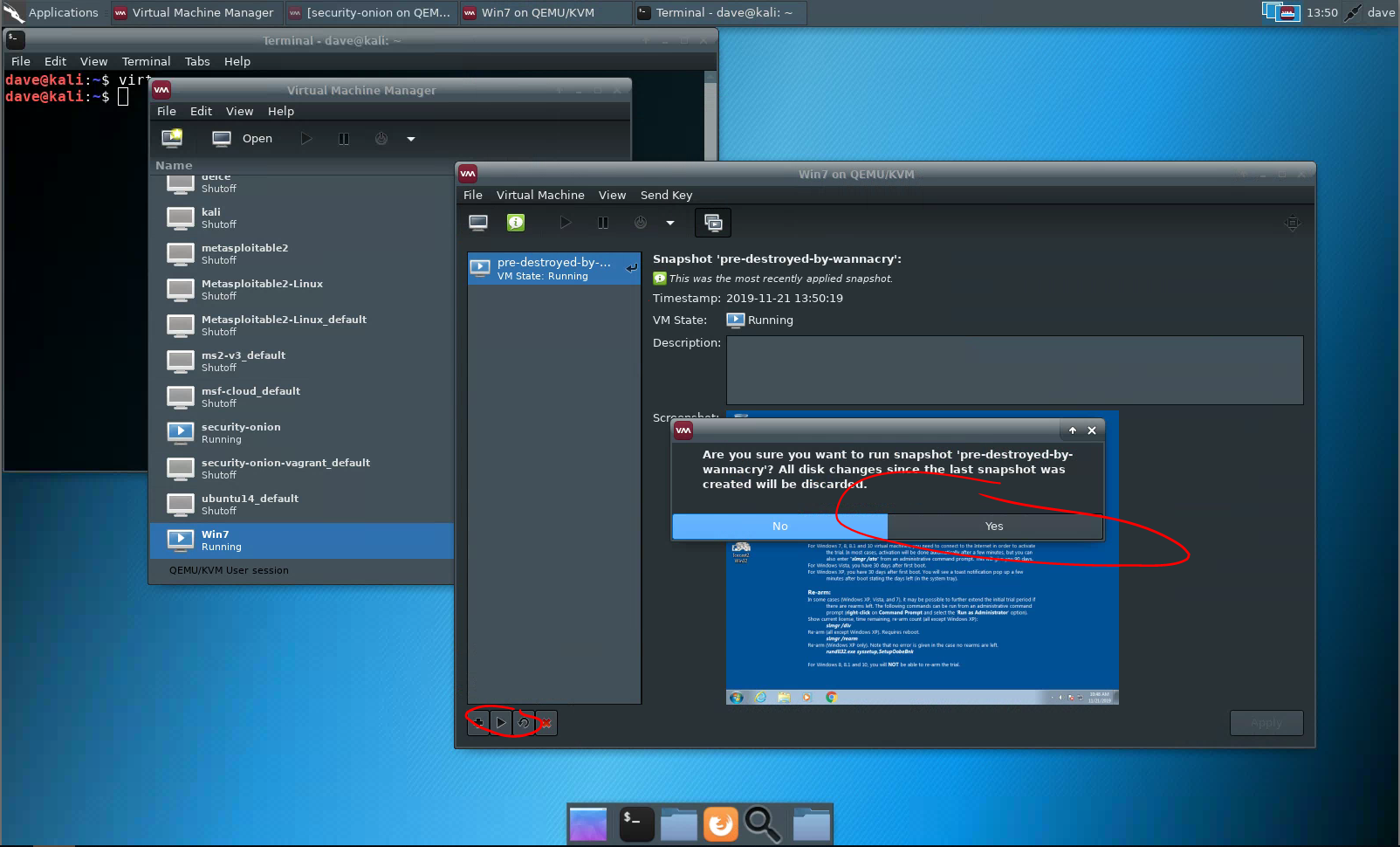 How I created the virtual machines

If you are curious how the lab was set up, then browse this github repository.