First, complete this introduction to Google Cloud Platform tutorial, up to but not including the deliverable, to set up your Kali Linux instance for use in the rest of Part 1.

Part 1.1. Complete a gentle introduction to the Linux terminal

Once you have your Kali Linux instance set up in GCP, open a terminal Window in Kali by clicking the terminal icon in the application dock: 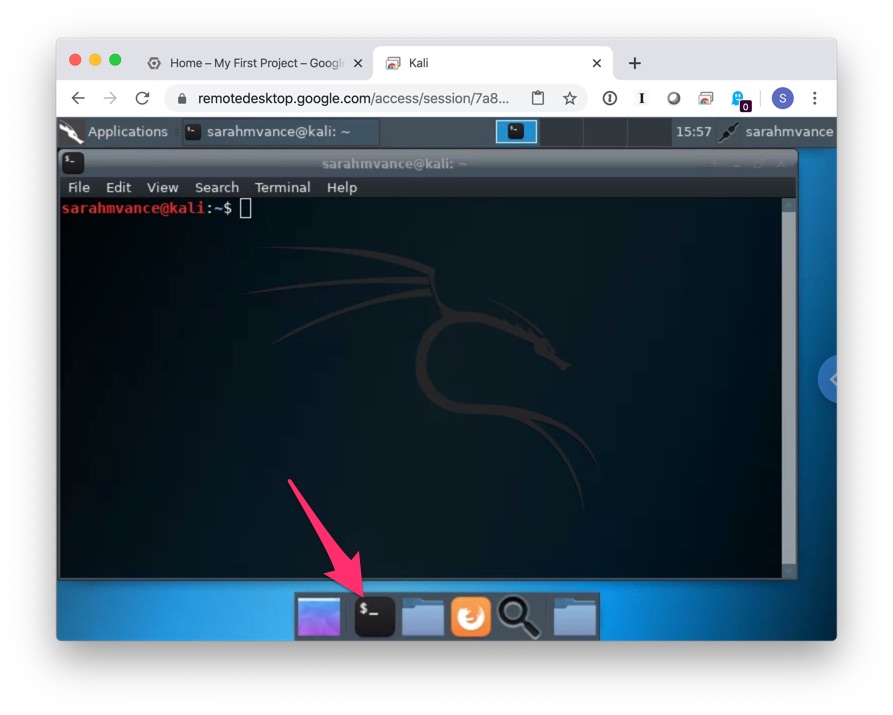 Next, using the terminal in Kali, complete pages 1–19 of this gentle introduction to the Linux terminal, aka shell.

Alternatively, Udacity has a free set of follow-along video lecture demonstrations that you might prefer instead.

In addition to the above tutorial, complete the following short pages from this set about text manipulation:

Read this linuxjourney page to learn about linux filesystem access permissions. Specifically, pay attention to the following quote about the sudo command at the bottom:

We haven’t gone through permissions yet, but what’s happening here is that root is the owner of the file and you’ll need root access or be part of the shadow group to read the contents. Now run the command with sudo:

Now you’ll be able to see the contents of the file!

You can use text editors to edit text files from a shell. Search for and complete an introductory tutorial to a command-line text editor, such as this one for nano.

Better yet, watch this intro nano video first, from the Udacity courses mentioned above.

If you want to learn vim, see the vim tutorial here. But beware, vim has a steep learning curve.

Play the Bandit wargame on OvertheWire.org. Start at Level 0 and complete Level 15 (which gives you the password for Level 16).

To play, you’ll need to connect to the Bandit server using an SSH client. SSH stands for Secure SHell, and allows you to remotely control a server using a command line interface. SSH is secure because your connection to the server is encrypted using a symmetric cipher like AES. It also uses asymmetric cryptography such as RSA to establish the server’s identity.

Enter the username (bandit0), server address, and port (2220) into PowerShell like so: 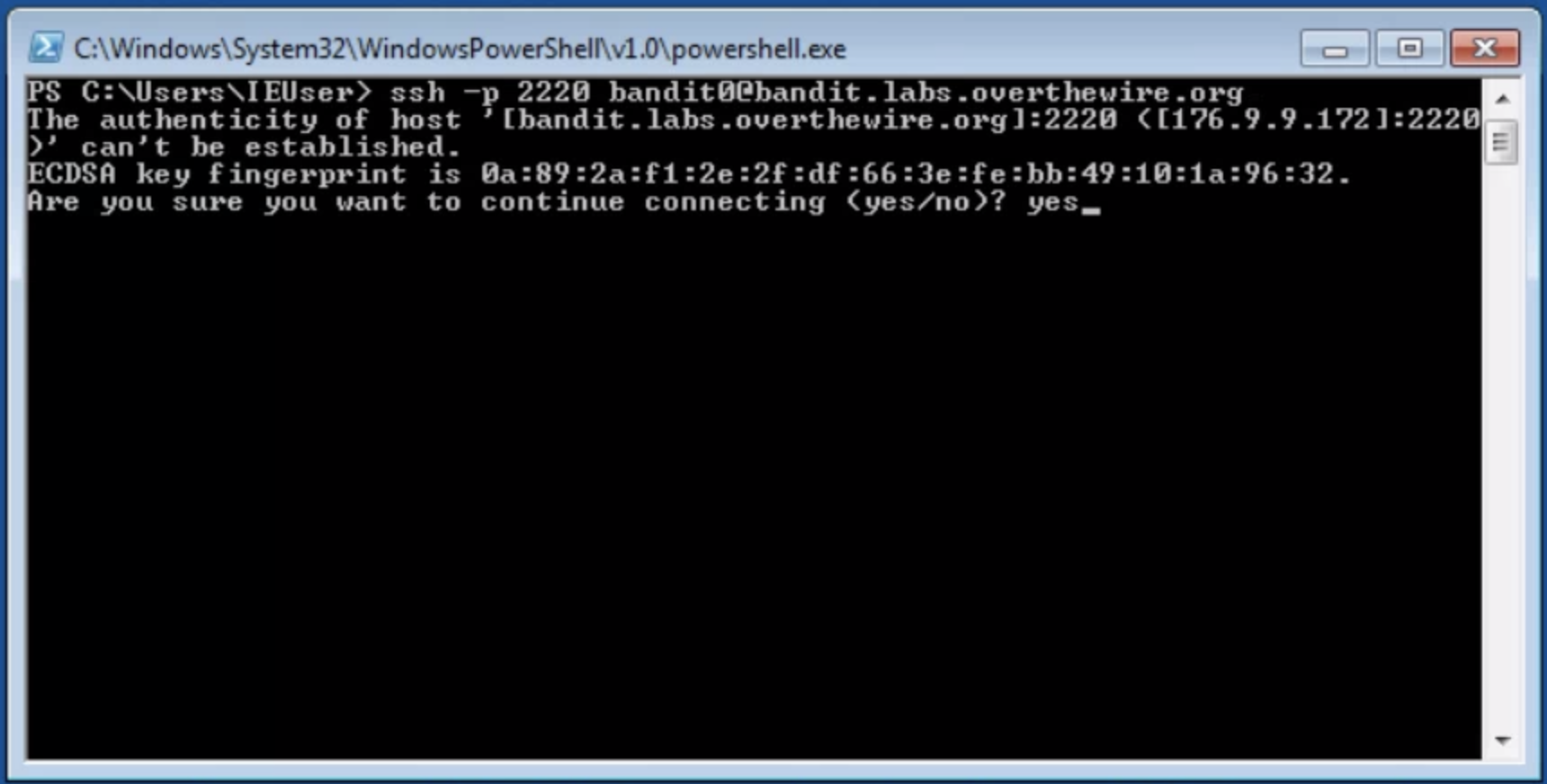 The first time you connect to a server, SSH tells you that you haven’t connected to this server before, and shows you a “fingerprint” of the server. Every server should have a unique fingerprint. To learn more about verifying SSH fingerprints, see here.

If you’re using a Mac, open Terminal.app and use the ssh command to connect to the Bandit server, like so:

When you first connect to a sever using SSH, you’ll see a message like the following:

This message tells you that you haven’t connected to this server before. The Bandit server is using a ECDSA asymmetric key pair, which is similar to RSA. The fingerprint is a hash of the server’s public key. To learn more about verifying SSH fingerprints, see here.

Make it all the way to level 16. When you have reached level 16, prove it by taking a screenshot of your ssh terminal session showing: