This lab uses the following VMs:

Part 2: Check an Account for a Prior Data Breach

Question : Was one of your accounts breached? If so, which one(s)?

Visit https://2fa.directory/ and browse through the categories to find an online service that you regularly use (e.g., Gmail, Snapchat, Instagram, Facebook, online bank accounts, etc.). Sign up for 2FA for at least one account.

Also, visit dongleauth.info to find an online service that allows you to use WebAuthn or Universal Second Factor (U2F).

Question : Which service did you enable 2FA for?

If you’re not already using one, set up a password manager. I recommend creating an account with LastPass, or my favorite, 1Password (student discount link). See here for a comparison of leading password managers.

Take a screenshot of your password manager showing saved entries for at least three sites you visited. Also, make sure the screenshot shows your username in the top left- or right-hand corner. Submit your screenshot on Canvas. 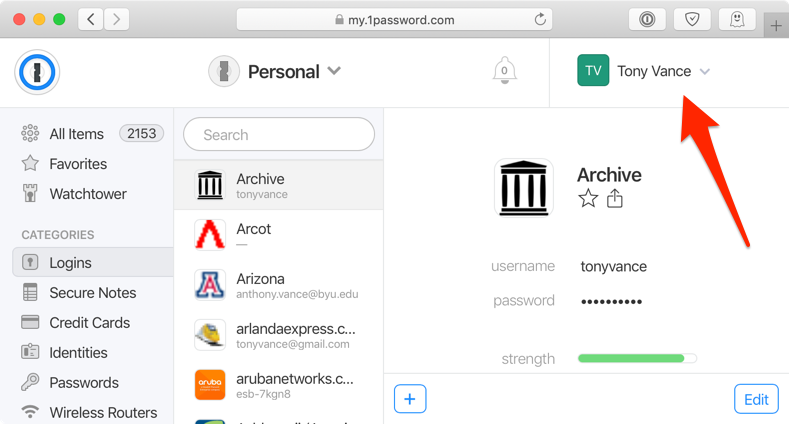 In this section, you will launch attacks over the network against login services, in an attempt to brute-force a username/password.

Heads up! Pay careful attention to each step in this section.

This attack uses /usr/share/wordlists/rockyou.txt.gz, which comprises all unique passwords from the 32 million RockYou password breach.

While in the previous section attacks were launched over the network, in this section, you will start with a password hash stored on your computer, and you will launch attacks against it locally. No authentication service such as a webserver sits in front of your attempts, potentially throttling the speed at which you can make guesses. Instead, you can make guesses as fast as your computer and the particular hash algorithm will allow.

If you're feeling adventurous, you can install Hashcat on your host computer, where you'll get massive speed improvements compared to running it in your Kali VM. Hashcast needs to be able to directly interface with the CPU/GPU in order to crack fast—it can't so as well in a virtualized environment.

For Windows or Linux, download Hashcat here. For Mac, I recommend that you first install Homebrew (follow instructions at https://brew.sh), then run the command, brew install hashcat.

In this section, you’ll see how many hashes you can recover from the 2016 LinkedIn password breach. The LinkedIn hacker, a Russian, was sentenced in US court to seven years in jail on September 29, 2020. This breach of 177,500,189 unsalted SHA1 password hashes represents the data of all LinkedIn users as of 2012. Among these passwords, only 61,829,207 are unique.

However, in interest of your time, this section will require you to crack only 500,000 of these passwords. After you complete this lab, you’re welcome to crack all of the LinkedIn hashes. Ask me for a copy.

Want even more practice? You can download the massive Troy Hunt haveibeenpwned SHA1 password hash list on the bottom of this page.
Also, see Daniel Miessler's wordlist collection for more wordlists besides RockYou to try.

Refer again to the benchmark output for a Brutalis.

Question : How much slower is Hashcat in cracking Bcrypt hashes compared to SHA1 hashes?

Hint: sites like WolframAlpha will do conversions for you. For example, see this example query for 70000 million / 150 thousand.

Read about the Bcrypt algorithm here, and also here

Question : Imagine that Bcrypt is set to a work cost factor of 12. How many hashing rounds will Bcrypt go through to compute the final hash?
Question : An attacker knows that a user generated their password using 8 random lowercase letters exclusively (so character space of 26, length of 8). On average, an attacker needs to try only half of all possible passwords in order to brute force the password. The attacker has access to a Brutalis. How long would it take to crack the password hash if SHA1 had been used? How long with bcrypt using the benchmarks shown for a Brutalis?

CeWL (Custom Word List Generator) is a command-line tool that creates custom wordlists from a target website. This can be useful for cracking a password of an organization or individual that also has a website or social media profile. Because people often use information about themselves or their organization when creating passwords, custom wordlists can be very effective.

You want to create a custom dictionary using the words on neurosecurity.byu.edu to see if you can crack the hash.

Question : What is the plaintext of the hash?